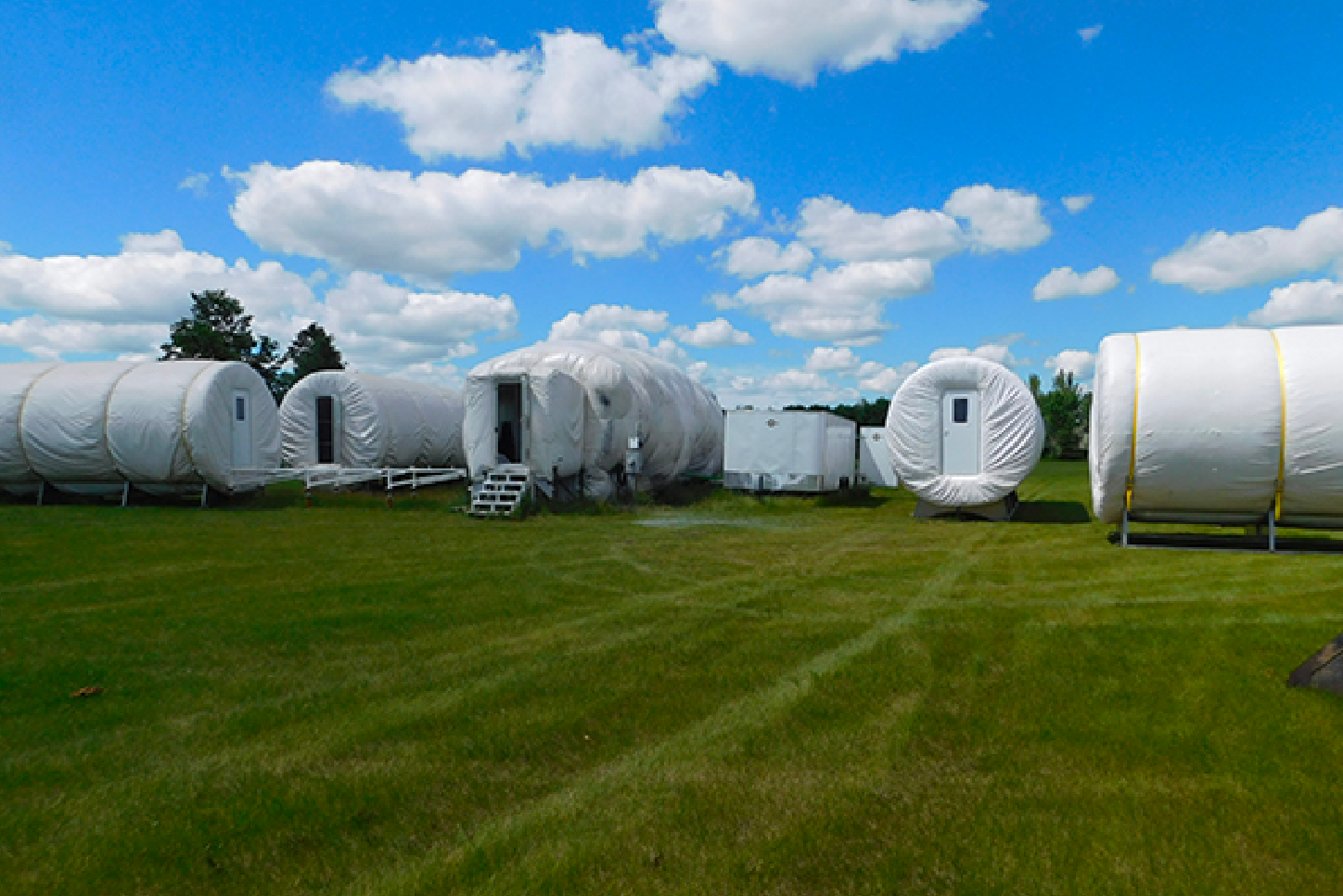 Kernel Mycofood to be tested in NASA-sponsored planetary analog mission

Blog
This announcement is part of a new collaboration with space technology expert Pablo de León.

We have established a collaboration with the UND Human Spaceflight Laboratory to explore the use of mycofood for space applications.

The partnership comes at a crucial time, as Kernel is about to provide Kernel Mycofood to an analog crew, during a simulated planetary mission at the NASA-sponsored Inflatable Lunar/Mars Habitat (ILMH).

Long-term sources of flavourful and protein-rich food has been identified as one of the key challenges to overcome by the space agencies, as manned missions to Mars are expected to last no less than two or more years.

“Mycofoods can potentially solve one of the critical problems in long-duration human spaceflight, which is how we feed the astronauts with a sustainable replacement for animal-based foods.  The current need is not only how to provide them with nutritious food, but also keeping the variety of textures and flavors that humans are used here on Earth.”

“We are delighted to begin work to solve one of the biggest problems in space exploration: feeding astronauts. I am confident that our product will be ideal for future space exploration missions, both due to its complete nutritional profile and high versatility.”

While the primary objective of the partnership is to solve issues specific to the space industry, several earth-side opportunities are closely linked, as the ability to provide a complete source of nutrients fast and based on simple materials could be a game changer approach for disaster relief missions.

Dr. Pablo de León has been working in the space field for three decades.

He is the Director of the Human Spaceflight Laboratory at the University of North Dakota (UND) and is also a professor and researcher of that university. Pablo de León has also been a Principal and Science Investigator in several NASA-funded projects, among which is the development of an analog planetary station for the Moon and Mars.

He led the development of several planetary space suits, among them the NDX-1, NDX-2 and DL/H-1.

Dr. De León was also integration manager on an experimental satellite (Pehuensat-1) and Payload Manager of seven experiments that flew in the Space Shuttle Endeavour (STS-108).

De León is one of the original competitors of the Ansari X-Prize. He also flew 80 parabolas in the NASA´s KC-135 testing microgravity experiments and has been test subject on several space suit experiments, among others in Antarctica in 2011 and at the Kennedy Space Center Lunar Regolith Lab in 2017.

He is currently in charge of the NASA-funded project “Development of an Advanced Planetary Mobility Spacesuit using Advanced Additive Manufacturing Design and Techniques” to develop a 3-D printed spacesuit for Mars.

Send us an email to hello@kernel.bio for any questions you may have or subscribe to our newsletter for updates!

Thank you! Your submission has been received!
Oops! Something went wrong while submitting the form.